The Board of Directors consists of 7 regular members and 2 alternates elected by the Annual General Meeting for a term of one year. 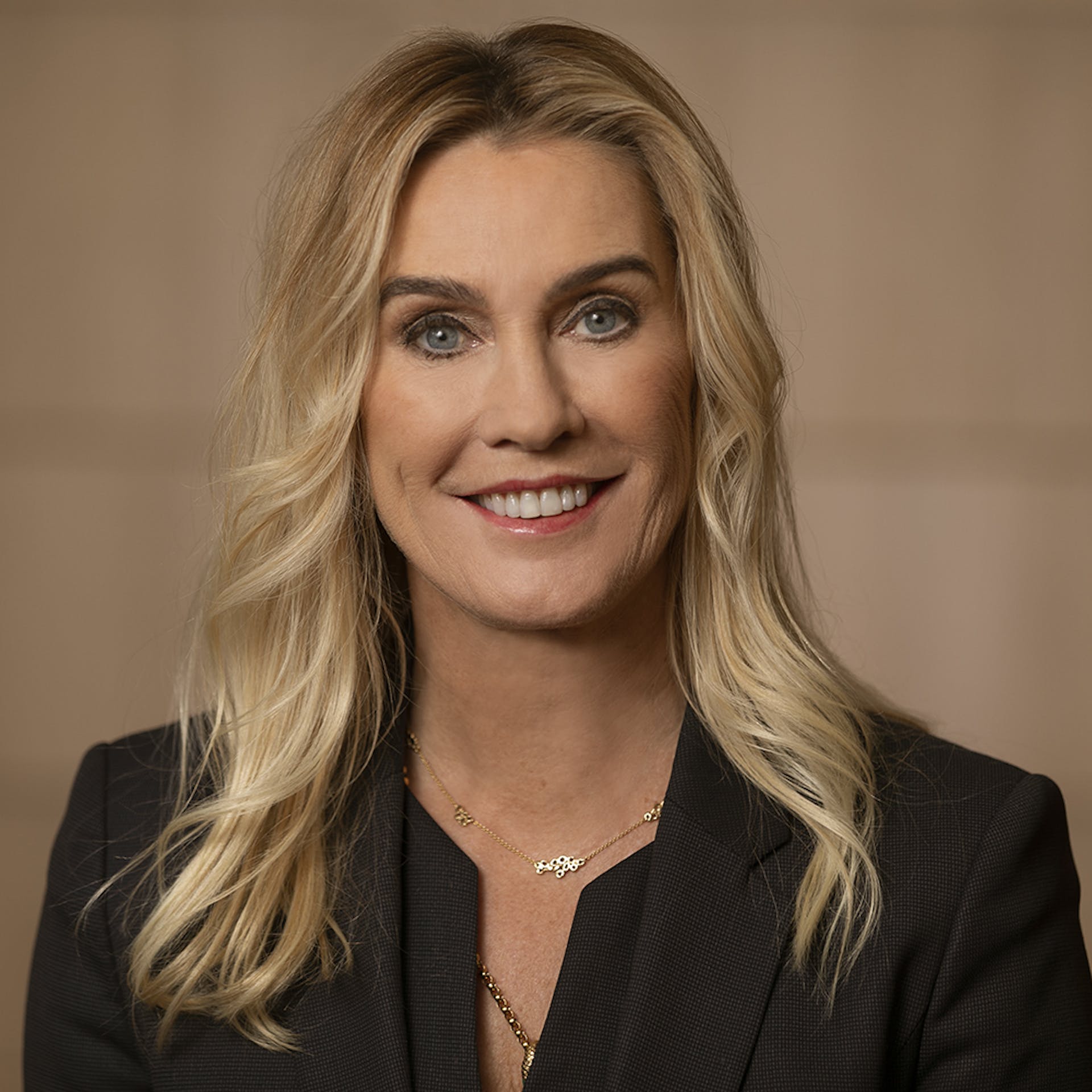 Helga Björk Eiríksdóttir was born in 1968. Helga Björk works in real estate development and consultancy and operates accommodation services in Akureyri. Previously, she handled public relations for Marel and chaired the Board of Directors of Sparisjóður Svarfdæla.

She worked as an independent consultant in 2010-2012. In 2009 and 2010, she handled PR for the Resolution Committee and Winding-up Board of Kaupthing hf. Previously, Helga Björk spent eight years working as marketing and PR manager of Nasdaq OMX Iceland. Helga Björk has also worked in media, held various other jobs and worked for savings bank Sparisjóður Svarfdæla at Dalvík for a longer period. Helga Björk was elected to the Board of Directors of Landsbankinn in April 2013. She is Chairman of the Board of Directors and chairs the Remuneration Committee. 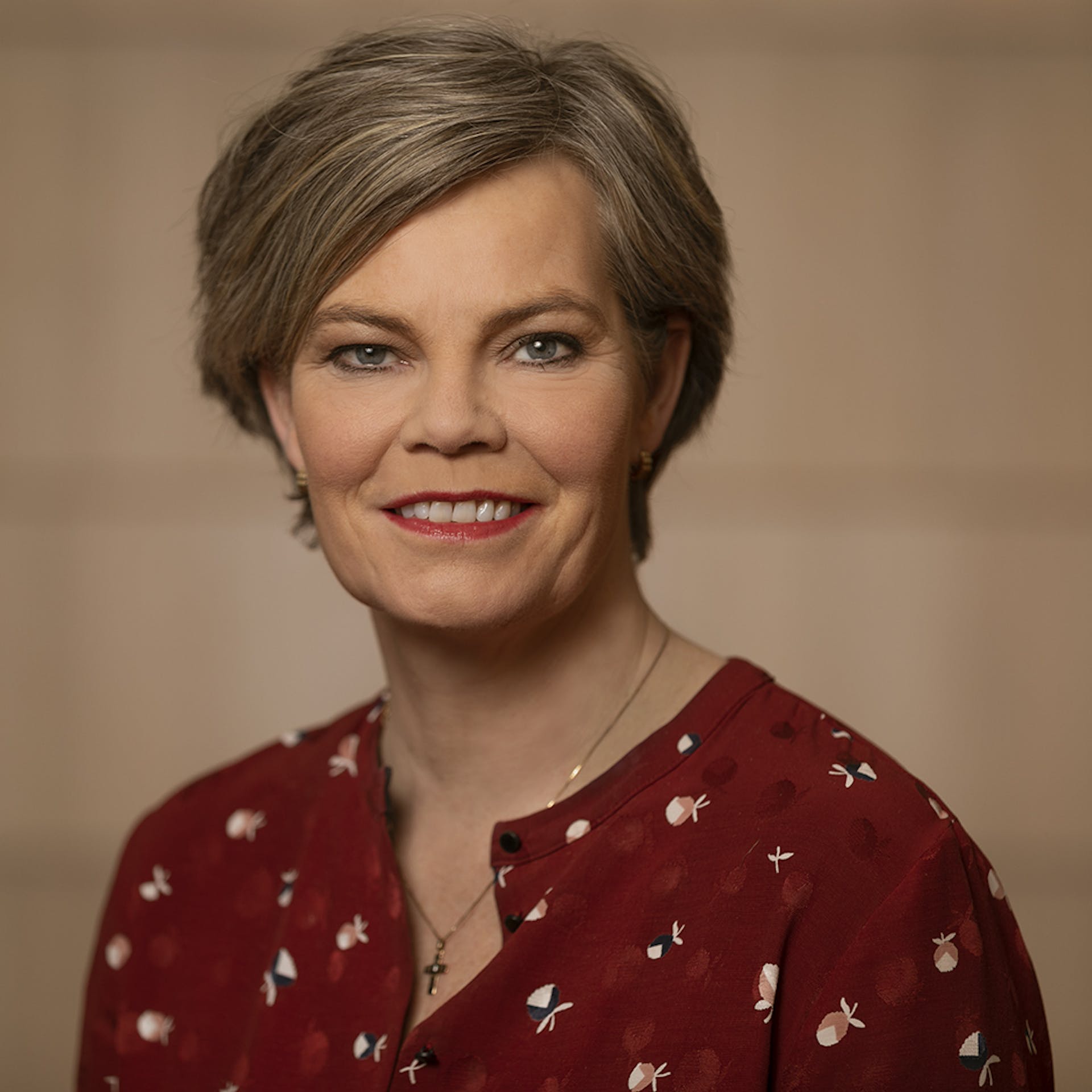 Berglind has held various executive positions, has sat on the Board of Directors of Lögmannafélag Íslands since 2015 and is currently Chairman of the association. She sits on the presiding election board of the South-West constituency and chairs the Evangelical Lutheran Church of Iceland Complaints Board. She was a member of the Winding-up Board of SPB hf. in 2009-2016. Berglind was elected to the Board of Directors in April 2016 and is currently its Vice-chairman.

Elín H. Jónsdóttir was born in 1966. She is Dean of the Law Faculty at Bifröst University.

Elín is a law graduate of the University of Iceland 1993 and completed an LL.M. degree from Duke University in 1996. She was awarded an MBA from Stockholm School of Economics in 2018 and is a licensed securities broker.

She worked in securities market regulation for the Financial Supervisory Authority in 2001- 2005, as managing director at Arev Securities in 2005-2009, as Director of Icelandic State Financial 3 Investments in 2010-2011, and as managing director of asset management at Íslandsbanki in 2014- 2017. Elín has worked as a consultant and teacher. She has sat on the boards of various companies, including Reginn Real Estate, Tryggingamiðstöðin, Promens, Icelandair, Borgun and Skeljungur. Elín has also served on the board of directors of Kvennaathvafið, the Women’s Shelter, in 2013-2020, and is the chairman of the board of Arnrún hses, Kvennaathvarfsin’s construction company. 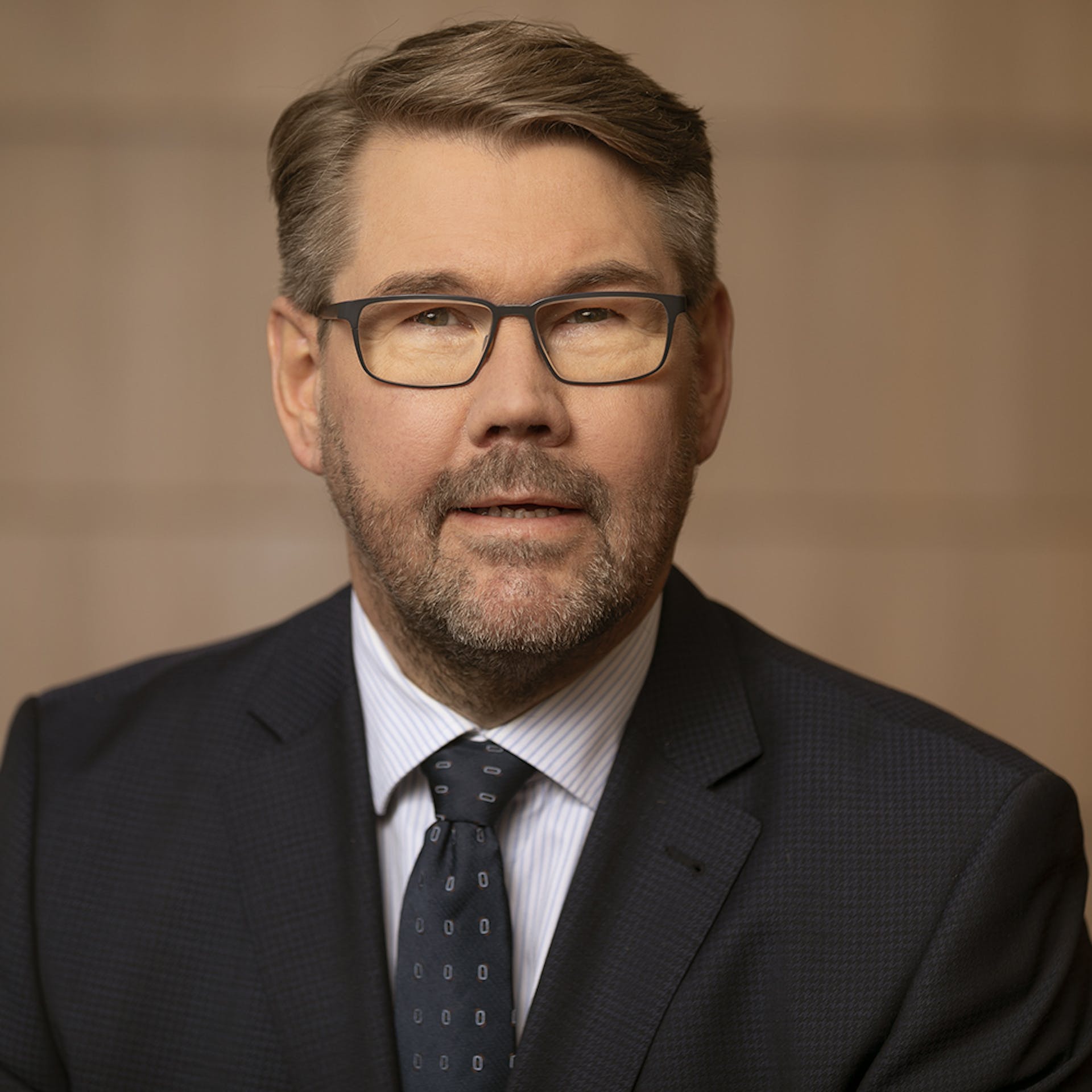 Guðbrandur Sigurðsson was born in 1961. He is managing director of Borgarplast hf. Guðbrandur completed a BSc degree in food science in 1985 and an MBA from the University of Edinburgh in 1994.

He has served on the boards of numerous companies and associations, including BL hf., Hagar hf. and Reitir hf. He is currently a director of the board of Reykjavik Creamery ehf. and Talnakönnun hf. Guðbrandur was elected to the Board of Directors in April 2019.

Guðrún Ó. Blöndal was born in 1960. Guðrún completed a cand.ocean. degree from the University of Iceland in 1990. Guðrún worked for Kaupthing in 1982-2002, first in asset management and later as marketing director, HR manager and head of the custody department until 2002. She was managing director of Arion securities custody, a subsidiary of Kaupthing, from its establishment in 2002 until it merged into Arion Bank in 2012.

Helgi Friðjón Arnarson was born in 1957. He graduated with a cand.oecon. degree from the University of Iceland in 1983 and became a legally certified accountant in 1987. 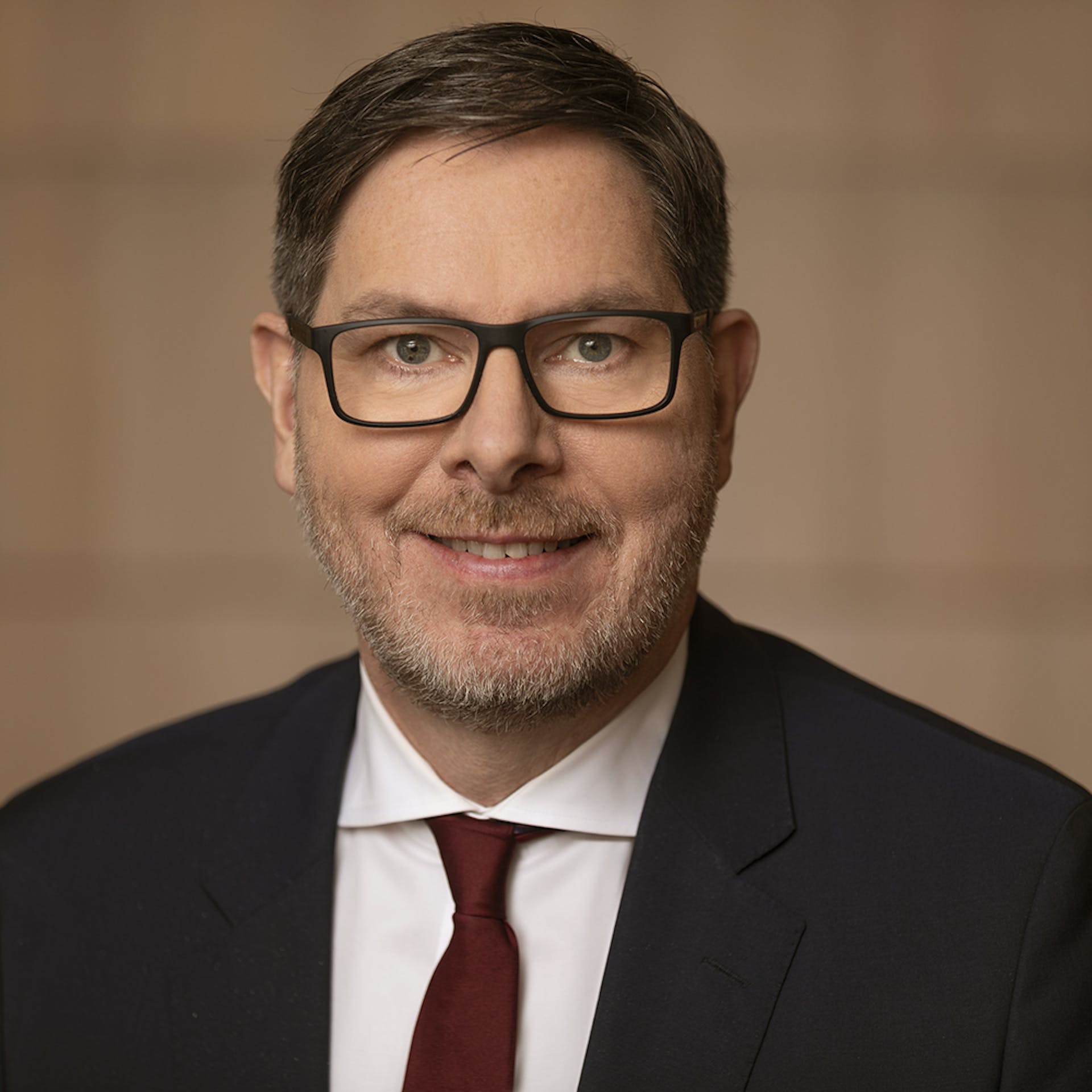 He sits on the board of Sensa ehf., a subsidiary of Síminn, and has previously been a director of the boards of various companies, and non-profit organisations in his field. Thorvaldur was elected as alternate to the Board of Directors of Landsbankinn in March 2018 and became a regular member in April 2019.

Sigríður Olgeirsdóttir was born in 1960. She is currently employed as director of service at Valka ehf. Sigríður is a graduate of applied computing from EDB, Denmark in 1984, holds an MBA from Reykjavík University 2005, an AMP from Harvard Business School 2017 and completed a course in business operation and administration from the Department of Continuing Education at the University of Iceland 1991.

Sigurður Jón Björnsson was born in 1966. He completed a cand.oecon. degree from the School of Accounting and Finance from the University of Iceland in 1994 and became a licensed securities broker in 2009.

Following graduation, he worked as assistance sales manager for Íslensk Ameríska hf. in 1995-1997. He worked as head of finance, deputy managing director and analyst in investment banking at Framtak Fjárfestingarbanki hf. in 1997- 2003. He headed up the financial administration department of Air Atlanta in 2003-3006 and was CFO and deputy managing director of financial administration at Norðurál in 2006-2007. He worked as a corporate consultant at Capacent in 2007 and later became a partner at securities house Capacent Fjárfestingaráðgjöf, later Centra Fyrirtækjaráðgjöf hf. Alongside his consultancy role, Sigurður served as Compliance Officer for the securities house. Sigurður was CFO of the Housing Financing Fund in 2011-2017 and was, among other things, responsible for risk management at the fund in 2011-2015.

Sigurður was chairman of the board of tech company Betware in Iceland from the company’s establishment in 1998 and until it was sold to foreign parties in 2014. He has also served on the boards of companies Stoðir hf., Íslandsflug hf., Landsafl hf., IMSI Inc., and SPC Holding AS. Sigurður was elected as Alternate to the Board of Directors in April 2019.

Four sub-committees operate within the Board of Directors, preparing discussion by the Board of specific areas of operation and investigating in more detail matters related to them.

All about the Bank’s operation

An ever smarter bank